This award winning project features conservation grade brickwork as well as stonework features and more than 80 brick arches for which Brick Cutters produced 28 of the more complicated arches.

This 2015 award is in addition to one for an earlier phase of Eton College development, the Bekyton Field Project, that won a similar award with the same team in 2014. This project is part of the largest new development at Eton College since it was founded. The buildings for which this award was received are the Jafar Gallery and Jafar Hall. These comprise student housing, a space for the permanent Egyptian Exhibition and an Oratory forum. The brickwork was undertaken by Lee Marley Brickwork with Brick Cutters manufacturing the arch sections.

The craftsmanship was judged to be both hugely demanding and outstanding, and was cited to mirror anything achieved in previous generations. The team were told they had every reason to be extremely proud of their degree of craftsmanship.

This double arch was the first to be commissioned.  It comprises an inner segmental concave arch, with an outer flat segmental arch incorporating a concave soffit.  Each pre-fabricated voussoir unit was formed from bespoke bricks of large dimension and accurate curved faces, cut to a very high tolerance to match the curves in two directions. The voussoir units were bonded into stainless steel backing trays and pre-pointed in lime mortar. The steel trays were then back filled with concrete before delivery to site for installation on the purpose made laser profiled formers. 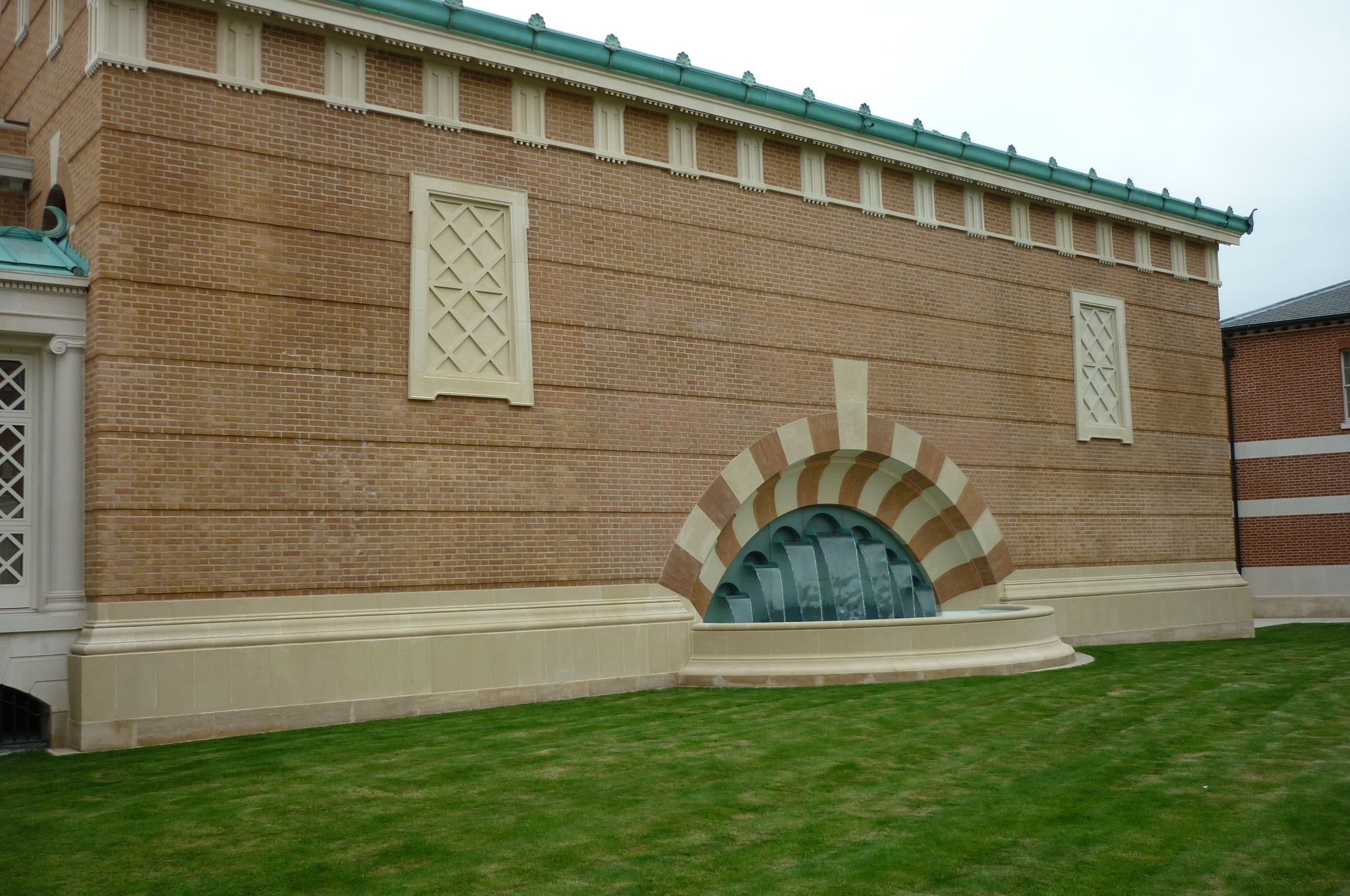 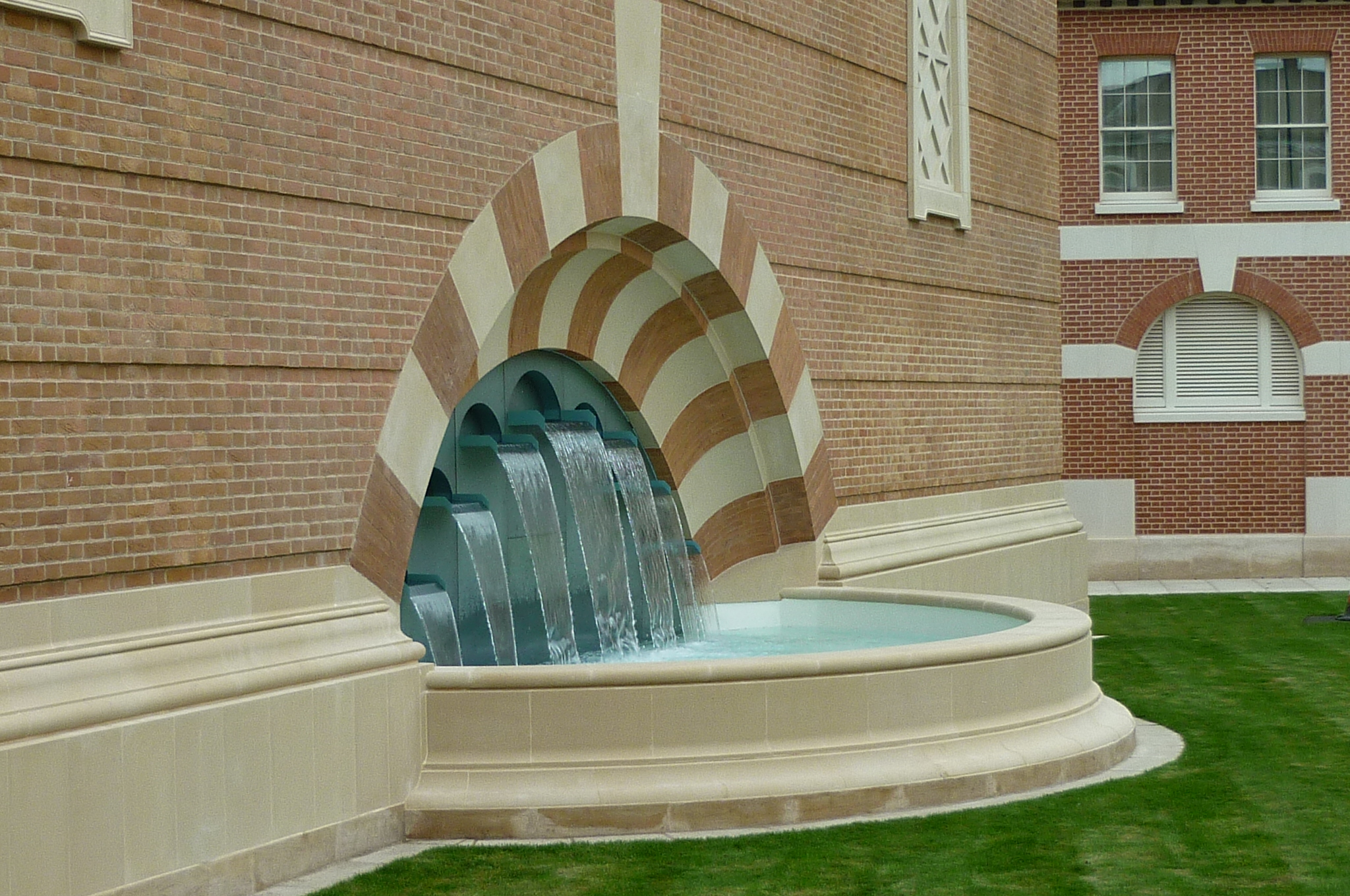